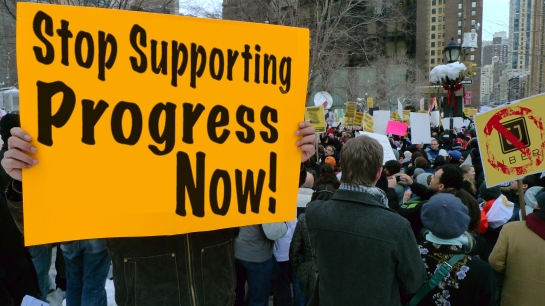 Two Uber executives were taken into custody by French police today for running an illegal taxi operation. This arrest comes on the heals of a French taxi-driver revolt where most of the cars participating in France’s version of UberX (called UberPop there) were damaged or destroyed by protesters.

You could argue that Uber had it coming; that their business practices were predatory and aggressive. Uber has received s quite a bit of bad press in the last year, accused of being extremely unfair in the way they do business. But, is our criticism just? Or, ironically, are we unfairly judging Uber?

There is no debate, Uber’s business is extremely disruptive. They have flipped a century-old business on its head in less than 2 years, and they have doubled or tripled the revenue expectations of the entire transportation-for-hire industry, all on their own.

Is this kind of disruption good or bad?

The fundamental question for us is: “Do the needs of the many outweigh the needs of the few or the one?” (if you got that reference, a hat tip to you). To take it further, we are not talking about basic human needs, but ways to make our lives just slightly better, mildly easier. Uber offers a ‘convenience’ for many while destroying jobs and businesses for a small few.

As a society, should we encourage those kinds of disruptions? Well, we already have.

The Mac disrupted the typesetting industry.

If my examples appear to be trivial, than your dad probably was not a typesetter. Mine was. And the truth is, he survived and prospered once he embraced the inevitable change brought on by technology. He did not join a large group of typesetters to protest Apple for unfairly eliminating his profession.

There is no progress without conflict and true progress always comes at someone else’s expense. I always get a little worried when the small minority gets mass sympathy because they vigorously protest their own self-interested point of view. The reason why Uber is popular is because the Taxi industry did not compete, they did not innovate on their own, leaving an opportunity for their business to be disrupted.

Are you a little concerned that Uber has been vilified? If Uber is successfully squashed or minimized, than other thoughtful and necessarily aggressive startups may not pursue this same kind of progress. Off the top of my head I can think of ten industries that need to be aggressively dismantled and reconstructed just like Uber did to the Taxi industry, and all of those industries have way more impact on my life than the difference between waiting 5 or 20 minutes for a ride

Things I’m up to